So we've agreed: I'm not big, we're not big. But we are special. We are not merely the most advanced member of the animal kingdom; we are a very particular, peculiar part of creation, made in the image of YHWH.

Dorothy L. Sayers, brilliant woman, friend of the Inklings, creator of Lord Peter Wimsey, and wonderful lay theologian, observed that when God said, "Let Us make man in Our image, according to Our likeness," the only thing we know about God is that He is creative, He has the desire and the ability to make things:

"Is it his immortal soul, his rationality, his self-consciousness, his free will, or what, that gives him a claim to this rather startling distinction? A case may be argued for all these elements in the complex nature of man. But had the author of Genesis anything particular in his mind when he wrote? It is observable that in the passage leading up to the statement about man, he has given no detailed information about God. Looking at man, he sees in him something essentially divine, but when we turn back to see what he says about the original upon which the "image" of God was modeled, we find only the single assertion, "God created." The characteristic common to God and man is apparently that: the desire and the ability to make things." (Dorothy L. Sayers, in The Mind of the Maker) 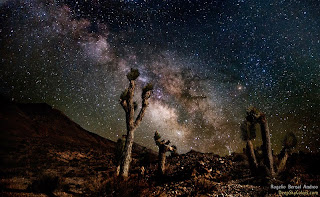 So here we are, small beings on an odd planet circling a rather small star located in one of the spiral arms of a galaxy we've come to call the Milky Way because, when we look up into the night sky, undimmed by our little attempts to illuminate darkness and thus see where we're going or discourage dark deeds, we see stars and constellations scattered across the heavens but we also see a band, a dense collection of stars—we are looking along that spiral arm, looking across at our galactic neighbors.

Humanity has been given stewardship over the planet (and we are accountable to God for that; it is just and right to treat our resources as the gift from God which they are, entrusted to us not simply for our lifetimes but for the lifetime of the planet, or as long as He leaves us here) as well as authority over other forms of life on this planet. So how do we exercise that? On a very basic level, we are called to learn, to grow, to make good decisions. Proverbs 25:2 says, "It is the glory of God to conceal a matter, But the glory of kings is to search out a matter." God conceals things, placing them in such a way that the noble, the diligent and the curious may find them, might figure them out, might see the hand of God in His creation and learn more about His character.

YHWH's handiwork, the space-time continuum, is big - we're just beginning to suspect how immense it is. Our galaxy is one of billions within this expanding universe. Our sun isn't very large, our planet isn't very big (but it's distinctive in some interesting ways), and we are small creatures living and moving on the surface of this sphere, spinning in space, orbiting our sun, moving along within this spiral arm of the Milky Way, one galaxy of billions, the scope of which we cannot grasp—and yet, "what is man that You take thought of him, And the son of man that You care for him?"


When I consider Your heavens, the work of Your fingers,
The moon and the stars, which You have ordained;
What is man that You take thought of him,
And the son of man that You care for him?
Yet You have made him a little lower than the angels,
And You crown him with glory and majesty!
You make him to rule over the works of Your hands;
You have put all things under his feet,
All sheep and oxen, And also the beasts of the field,
The birds of the heavens and the fish of the sea,
Whatever passes through the paths of the seas.
O YHWH, our Lord, How majestic is Your name in all the earth! (Psalm 8:3-9)

For reasons beyond our capacity to comprehend, God loves us and chooses to interact with us, to an extraordinary degree. I can understand why atheists think Christians and Jews are deluded, why they think we suffer from a strange kind of narcissism: "even if God existed, why would He care about you, about us, about any of us? We're specks of dust." We are dust; God says so in Genesis 3, "For you are dust, And to dust you shall return.” But we are dust known and loved by the Maker of the Universe, dust with which He identifies to the point of incarnation - how it boggles the mind! For those of us who have responded to the call of Jesus, Yeshua, we cannot deny the reality of God's interest in us, His amazing love for us, even if it makes us sound like narcissistic dust.

Photograph of the Milky Way from Joshua Tree by Rogelio Bernal Andreo at Deep Sky Colors.
Posted by Lynn at 3:53 PM

Too Marvelous for Me

"too marvelous for me" comes from a variant reading of Psalm 131. Here's the whole psalm in the NASB:

A Song of Ascents, of David.
1 - O LORD, my heart is not proud, nor my eyes haughty;
Nor do I involve myself in great matters,
Or in things too difficult for me.
2 - Surely I have composed and quieted my soul;
Like a weaned child rests against his mother,
My soul is like a weaned child within me.
3 - O Israel, hope in the LORD
From this time forth and forever.

פָּלָא is the Hebrew word pala' which the NASB translates as "difficult" and gives "marvelous" as another reading. It's a wonderful word, rich in meaning, and I'd like to tap into that depth, to the best of my ability, while clinging to the literal meaning of the psalm: to be a weaned child, not a demanding infant nor a toddler who has come to look at his mother's breast as his own personal provision - a weaned child is able to wait with some patience and simple trust.

There is a glorious tension between the lack of presumption in Psalm 131 and the expansive considerations of Psalm 8. Here are its first four verses:

For the choir director; on the Gittith. A Psalm of David.
1 - O LORD, our Lord,
How majestic is Your name in all the earth,
Who have displayed Your splendor above the heavens!
2 - From the mouth of infants and nursing babes You have established strength
Because of Your adversaries,
To make the enemy and the revengeful cease.
3 - When I consider Your heavens, the work of Your fingers,
The moon and the stars, which You have ordained;
4 - What is man that You take thought of him,
And the son of man that You care for him?

Two of the many poetic sides of David, the shepherd-warrior-king of Israel.

Too Marvelous For Me

Lynn
Much to ponder - a busy mind, lots of thoughts, curious notions, and the ongoing attempt to reconcile God and my fallen self... getting up, however.